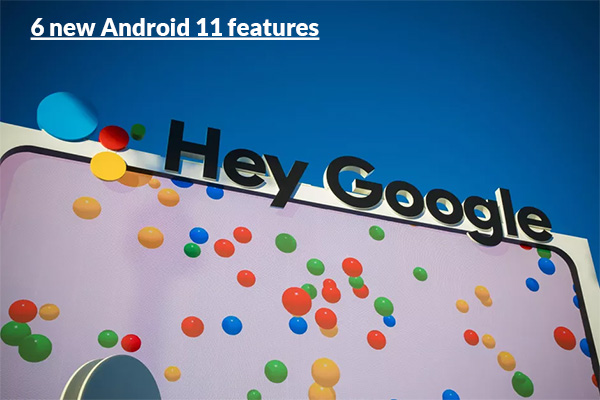 In the lastest mobile operating system, Google caught up to some iPhone features and even past others. Have a look at six of the most interesting and useful updates coming to Android 11 phones in 2020.

For years, working with Google Assistant was limited to Android apps and services. But on Apple’s device, Siri has been able to control third-party apps for a while now.

But Google recently announced partnerships with 30 third-party apps, including Walmart, Mint, Spotify, Etsy, and Discord, and expects to add more in the coming weeks and months.

Now Android 11 users will be able to accomplish tasks on specific apps by saying things like:

You want to know who’s calling and why when your a call is coming? The Android app that making and receiving calls has updated. It should help you figure out, even when you don’t recognize the number.

Besides ilencing calls from numbers Google has identified as potentially fraudulent, Google has also introduced its Verified Calls feature, which authorizes certain businesses and shows you the company name, logo, reason for calling and a verification symbol.

Sounds from microwaves, fire alarms or door bell are to alert you.
But if you have hearing loss or sometime you might not catch them all. Android’s new Sound Notifications feature will listen for all the sound around you, then push notification on your phone to alert you.

Google TV is rolling out to Android devices with a host of new and old features that sync across devices, including your library, recommendations and watchlist. This brings it up to par with Apple TV ($180 at Best Buy) devices and apps. 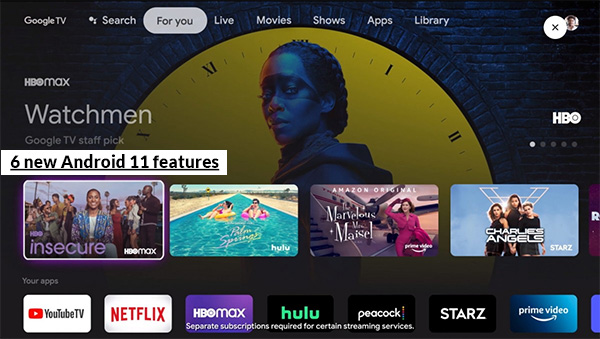 During a video call, you can share your screen by taping the three dots in the bottom right corner, then tap Screen Share. You will be asked if you want to share sensitive information on the call. Tap Start Now to accept.

The new Action Blocks app can convey short phrases by using pictures and symbols. It can be calles as an “artificial voice for people with cerebral palsy, Down Syndrome, autism, aphasia, and other speech related disabilities.”

To try Action Blocks, download it from the Google Play app store.

Emily in Paris: Season 2 is coming on Netflix