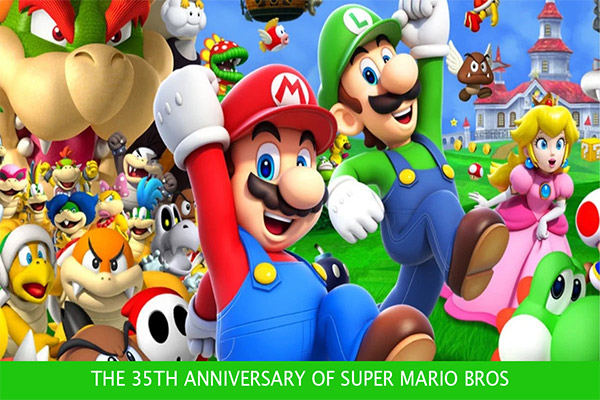 This year marks the 35th anniversary of Super Mario Bros. But Nintendo has been particularly quiet for most of this year.

Despite this being a major anniversary for their company’s defining character. Nintendo does not have any major plans in the works to celebrate Mario’s 35th anniversary. Or at least, there are no official plans announced yet.

Rumors have swirled for months as to how Nintendo would be celebrating Mario’s anniversary. With many believing a Super Mario All-Stars Collection could be their big plan. From the news gathered, All-Stars collection is in the works. But there’s no word as to when it might be released. Leaks have also revealed that Super Mario 3D World port will also be coming to the Switch. But again, there is no confirmed release date.

Normally, Nintendo Direct would announce games of this magnitude. But it’s been nearly a year since the last official, full Nintendo Direct and there doesn’t seem to be any planned for the near future. It’s safe to say COVID-19 threw a wrench into Nintendo’s plans for this year.

Still, their company’s Fall and Winter lineups look particularly barren. Which would imply they still have some games yet to be announced. There could be a Nintendo Direct in the works that fans have no knowledge of, or Nintendo could simply announce the game through Twitter, as they did with Pikmin 3’s Switch port.

On September 13th, 1985, An Italian plumber named Mario with a propensity for jumping on mushrooms and turtle shells introduced to the world. From that day on, the platforming genre was the never the same. Since the release of the original Super Mario Bros. Mario has become one of the most recognizable characters in all of gaming and has helped turn Nintendo into the gaming juggernaut they are today. This year marks the 35th anniversary of Nintendo’s signature character and they will roll out the red carpet in celebration.

While it would be surprising if Nintendo completely overlooked Mario’s 35th Anniversary, especially after LEGO and Hasbro made it a point to celebrate, there are only so many months left in the year. If Nintendo wants to make this the year of Mario and celebrate the 35 year anniversary of Super Mario Bros. They’ll need to do something sooner rather than later.