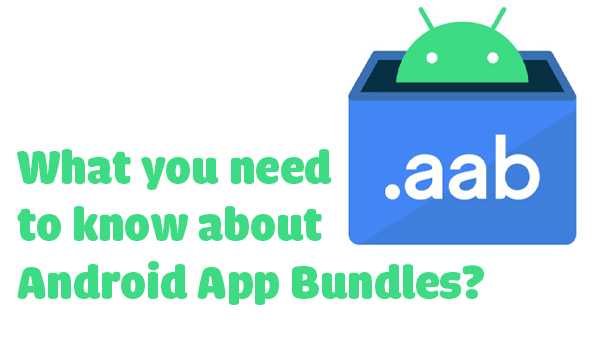 As of August 2021, all new apps must be submitted to Google using the Android App Bundle format.

In 2018, Google introduced a new way to upload apps to Google Play: the Android App Bundle. And now, all new apps submitted to Google must use this format.

Unless you’re a developer, you probably won’t see any changes. But really, this change does nothing to the detriment of Android phone users. If you’re on a low-limited data plan or a very slow connection, you’ll have a slightly smaller download when you install the app.

What is the .aab format?

If you often search for system files on your phone or get apps from outside the Google Play store, you may already know that Android apps use the .apk file format. In May 2018, Google introduced the .aab format and thousands of very popular apps have used the format, including by major developers like Adobe and Gameloft.

An APK file is designed to bundle everything a device needs to run an app into a package that you can install. However, if you look inside the .apk file, you’ll see that there’s usually a lot of stuff you don’t need to run the app in. For example, an English speaker installing an app on a smartphone needs different app content than a Chinese speaker installing the same app on a tablet. But a typical .apk file has both sets of content (and more) inside it because it doesn’t know which parts you’ll need when it’s created.

That’s what the .abb file format deals with. Once a developer has finished writing and testing their app, they can package it up into one large file containing everything needed to run on any device in any region the developer supports. This file is then uploaded to Google Play, where Google can turn it into an app with only the assets and files you need to run the app on your device. Of course, the app is still in the “regular” .apk format and you never know what’s different about how it’s uploaded.

This can remove hundreds of Mb in file size. Of course, a hundred Mb doesn’t make much of a difference for most users since most users use Wi-Fi to install apps. However, it may be important for users of limited data plans. Also, it saves download time, which is really cool.

For Google, they deliver a lot of apps to a lot of users every day, which makes a huge difference. The amount of bandwidth saved by Android App Bundles makes a difference for any company, even Google.

Switching to .aab format does not harm users and saves Google a lot of money.