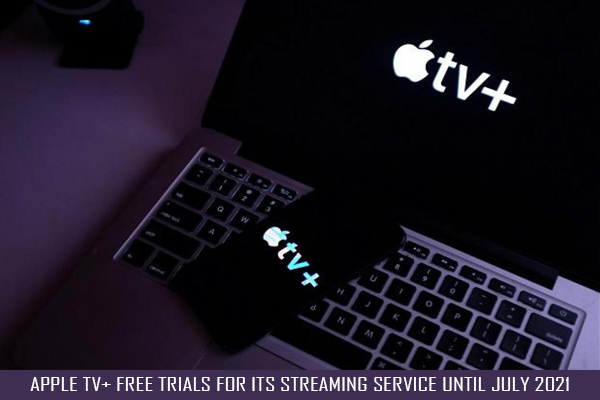 Apple has decided to once again extend its free trial period for its Apple TV+ streaming service. This trial were consisted with the purchase of any Apple device and were set to last for a year until November 1, 2020. Like that, Apple extended the trial until February of this year. This extension will push the free trial until July 2021 and it will be the second for the platform.

Extending the free trial is certainly a nice gesture on Apple’s part. Production delays haven’t allowed them to add content that they were hoping for by this point. It wouldn’t make much sense to make users pay for the service if it is not 100% up to par. This will give customers more time to decide if once the free trial expires in July, they want to drop $4.99 a month for the streamer.

The extension of the free trial for Apple TV+ comes in the wake of production delays that have plagued the industry due to the COVID-19 pandemic. The Morning Show, For All Mankind, and See, are still waiting for their second season rollouts. Dickinson and Servant is their shows that have released a second season. Subscribers who had free subscriptions that were set to expire any time from Feb. 2021 to Jun. 2021 will get an extension until Jul.

Apple TV+ is bringing some films with a bit of buzz to the platform. Apple TV+ also acquired Tom Hanks’s Greyhound last year. When it was decided to do away with the film’s theatrical release due to the pandemic. In the war of the streaming services, Apple TV+ has been a bit under the radar but there is potential for growth.