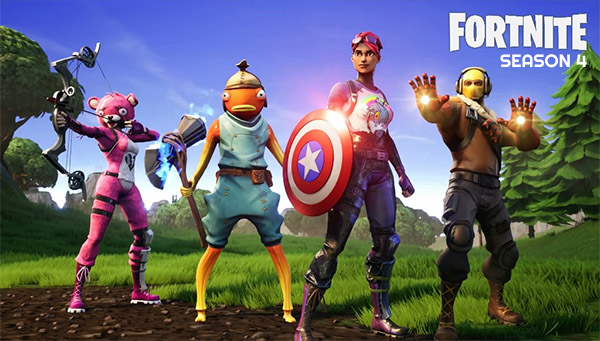 Despite all the drama, Fortnite is still a live service game, and fans still expect new content. Season 3 of the game’s second chapter is coming to a close soon, and for some time, fans worried that Season 4 wouldn’t appear due to the legal battles between Epic Games and Apple. Fortunately, it was confirmed not long after the controversy began that Fortnite Season 4 will be coming as scheduled on August 27th. Thanks to an in-game comic book starring beloved Marvel hero Thor, it looks like the new season will have a strong emphasis on Marvel characters. Further details, however, will be unavailable until the season officially begins.

Where can we get Fortnite season 4?

The new Fortnite Season 4 update is coming on August 27th, which is when Fortnite season 3 will end. The fun kicks off once the v14.00 update is available for download. Season 4 will be available on PC, PS4, Xbox One, Android and Nintendo Switch. Players on iOS devices, on the other hand, may not be able to play the new season when it starts, as explained further below.

One of the most notable Fortnite leakers, HYPEX, in the run-up to the Fortnite season 4 has rounded up plenty of leaked details that fans need to know in one single, handy tweet.

It appears Epic is rekindling its relationship with Marvel for season 4, according to Friday’s tweet. In a post online the Fortnite leaker revealed details on the Battle Pass skins, which will include a Wolverine skin, as well as teasing the arrival of a Thor POI in season 4.

This is definitely not the first time Fortnite has featured Marvel heroes. The battle royale game had special limited-time modes featuring Thanos and the Infinity Gauntlet as a tie-in to the release of Avengers: Infinity War and Avengers: Endgame. Another partnership with the comic company was in season 2, when Deadpool was the secret Battle Pass skin.

The War to save Reality begins tomorrow!

Is it able to play the new season of Fortnite on iOS and Android?

Because of the legal actions taking place, iOS or macOS users are not able to download Fortnite or any updates to the game if they already have it installed on their device. Epic confirmed this Wednesday with an update on its blog.

This has led to people attempting to sell iPhones with Fortnite installed for thousands of dollars on eBay. Epic did seek a temporary restraining order to conduct business as normal while the legal battle continues, but Apple filed a legal response saying Epic can come back only after it plays by the rules. A court hearing on the matter is planned for next week.

As for Android players, they can still install Fortnite on their devices. The only difference is they need to download the game directly from Epic or via the Samsung Galaxy Store rather than the Google Play Store.

Messi want to leave Bacelona: The team is in turmoil