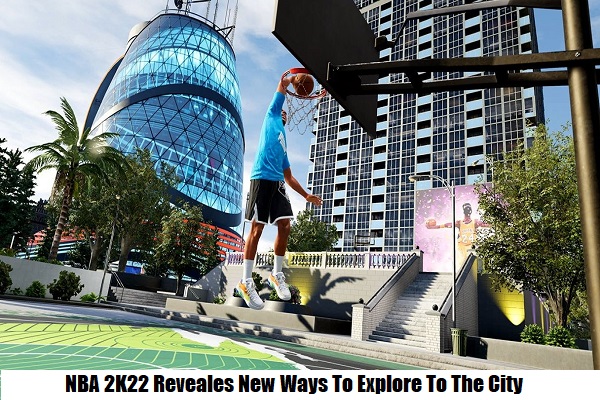 2K showed an in-depth look at the next version to The City in NBA 2K22 for Xbox Series X|S and PlayStation 5. It includes a lively basketball community, prize, activitie, and a new MyCAREER story with an original mission narrative, cutscenes and vibe. All takes place within The City.

Update features in The City in NBA 2K22 include:

– New City Missions will be solo adventures for users to trying with their careers off the court. All included from becoming a fashion mogul to a rap icon.

– The City feel as if it’s teeming with life when the population increases. There are new NPCs to fully bring the world around players together.

– Users’s home plays a part in MyCAREER as a place where friends and coaches will give players new missions. The player’s ability to upgrade their crib is very important. Eg a penthouse with a zipline to take players directly to specific courts.

– Discover new buildings added to The City. Players can access music from some of the hottest labels that drop with every Season from matchmaking building and Club 2K.

– Prizes include new ways to get around The City. Such as Inline Skates and Go-Karts, new emotes, outros and intros, customized name plates, animations and more.