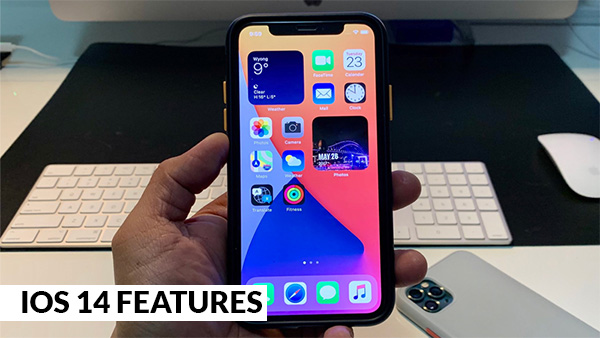 After installing iOS 14 on your iPhone ($699 at Amazon), you may ask yourself, where do I even begin? Well, you’re in for a treat. Apple’s update contains a bevy of new features that will change the way you use your phone — for the better. In many ways, this is Apple’s most involved visual face lift in years.

From an Android-like app drawer to iMessage improvements and widgets for your home screen, there’s a lot to start using right away.

If you haven’t updated yet, take some time to get your iPhone ready before you install the iOS update. Below you’ll find six of my favorite features and how to get started with them on iOS 14.

1. iOS 14: Tag someone in a text conversation

What: You can now tag someone in a conversation when you want to get their attention (useful for large groups), and directly reply to a message, creating a thread within your conversation. That should get you a timely response.

How: Tagging someone in a group convo should be as simple as typing the @ symbol followed by their name when in the chat. An in-line reply is done by long-pressing on a message and selecting Reply.

2. Pin a conversation to the top of messages

What: Pinning a conversation to the top of your Messages app means you don’t have to scroll through the long list of contacts and group conversations to find your favorite contacts. This is especially useful if you have a go-to group, like a family chat or friend chat you talk in every day, or if you’re planning a longer-term event like a group watch party. 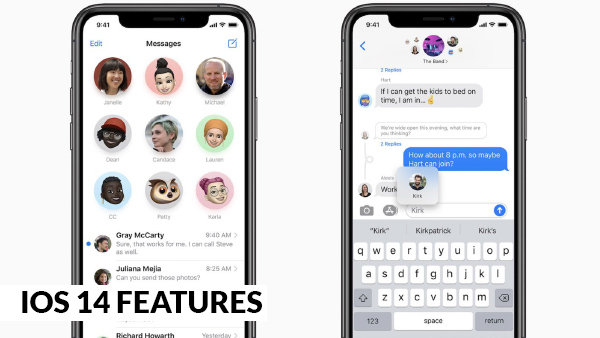 What: Instead of having to use Google’s Translate app on your iPhone, iOS 14 has a baked-in Translate app that will allow you to convert text and even hold conversations with someone who only speaks a different language. You can translate English, Mandarin Chinese, French, German, Spanish, Italian, Japanese, Korean, Arabic, Portuguese and Russian.

How: You have two options once you open the app. You can type the word or phrase you want translated, or tap on the icon of a microphone at the bottom of the screen to use voice-to-text. Once you’re done, the app will translate what you said into your language of choice. This is especially useful if you’re asking someone a quick question or want to hear the pronunciation as well.

To hold an ongoing conversation, turn the phone to landscape mode and tap on the same mic icon — you don’t have to press and hold. 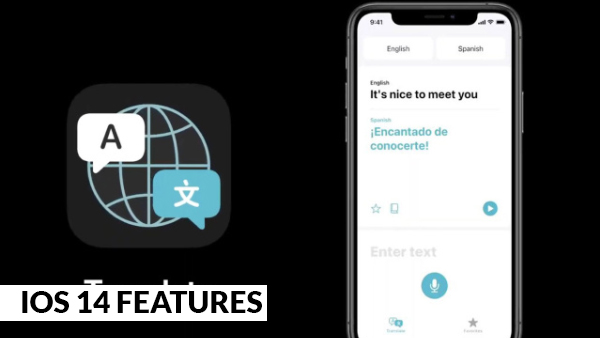 Ever wished that your iPhone had an app drawer like Android? Well, now it does. It’s called App Library.

What: App Library is a new screen that lives just to the right of your last home screen. It autoarranges all the apps on your phone in folders based on app category. The purpose of this feature is to make it easy for you to find all the apps installed on your iPhone. It goes hand in hand with another new home screen feature that lets you hide pages of apps that you infrequently use.

How: Use App Library when you want to open an app that isn’t displayed on one of your home screens. To get to it, swipe from right to left to go past the final home screen. Either use the automatically organized folders to find the app icon you want, or use the search bar at the top of the screen to find the app by name if you’re not sure where it’s located. Alternatively, at the top of the App Library screen you’ll find two folders: Suggestions and Recently Added. Both will automatically update and adjust which apps are in either folder based on how often you use an app and what you’ve recently installed.

Here’s more information on how to hide home screen pages to make the App Library easier to access. 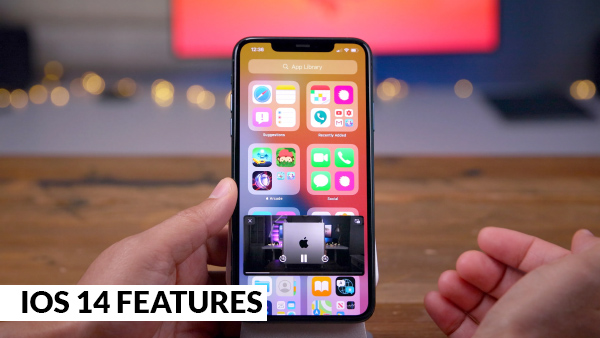 5. Widgets have a new look and a new home

You no longer have to be envious of your Android-using friends — the iPhone can now have widgets on the home screen. That’s right.

What: Instead of Widgets being limited to the Today View that lives off to the left side of your home screen, you can now add widgets directly to your display, with multiple sizes as an option. There’s even a Smart Stack widget that will show you information from multiple apps when it thinks you need it. For example, it can show you the weather widget followed by your calendar widget when you wake up in the morning.

How: You can view your widgets in Today View the way you always have, off to the left side of your main home screen, or you can drag and drop a widget from the Today View to your home screen. Alternatively, when editing your app layout, you can tap on the plus sign in the top-left corner of the screen, bring up the widget gallery and see which widgets you can add to your device.

6. Picture in Picture is a convenience tool you’ll love

The iPad ($284 at Back Market) has been able to play a video in picture-in-picture mode for a few years now, and Picture in Picture is finally coming to the iPhone.

What: Picture in Picture creates a thumbnail image of a video that continues to play even when you’re on another app or screen. It’ll appear when you want to switch gears to use a different part of the phone but you don’t want to stop the video.

How: Whenever you’re watching a video in a supported app, like Twitch, and swipe to go back to the home screen, the video will continue to play, just in a smaller window. You can drag PiP around the screen, adjust its size by pinching and zooming and even temporarily hide it off the edge of the screen. When you’re done, just tap the X to close the video. Oh, and let’s not forget — Picture in Picture also works with FaceTime video calls and these other apps. Huzzah! 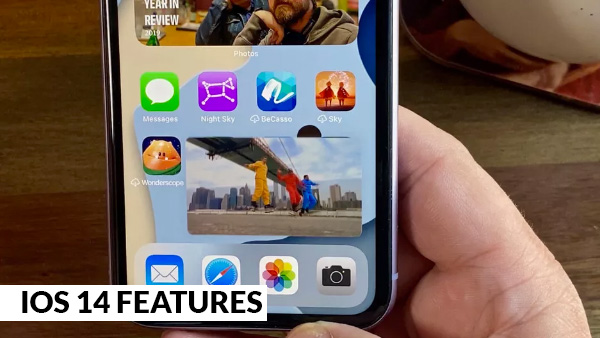