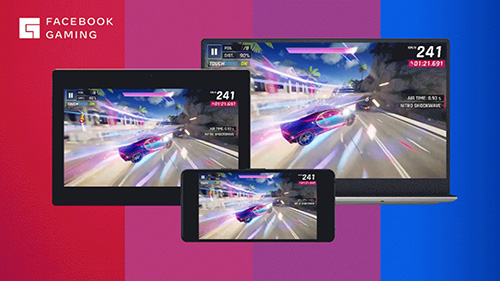 Amazon has Luna, Google has Stadia and now Facebook has its own cloud game service. But don’t expect to stream console and PC hits on Facebook Gaming’s cloud. When launched, it’s all about free-to-play, microtransaction-packed mobile games.

Launched on October 27 in the United States in California, Northeast, Texas and mid-Atlantic states. Facebook’s cloud gaming offering is not a standalone service. Because, it is an addition to the vast array of browser-based social games already available to play on the social media platform. Visitors to the Facebook Gaming landing page and Android app in the beta testing areas will have access to a selection of mobile games. The list of game includes Asphalt 9: Legends, Solitaire: Arthur’s Tale, Mobile Legends: Adventure, WWE SuperCard and PGA TOUR Golf Shootout. Instead of playing natively or launching their own apps. These games will stream to your browser or Android app. Does not currently support iOS.

In the official announcement that you can read in full at Facebook Gaming. Facebook says it is not looking to surprise players with super-fast streaming or replace traditional gaming hardware.

Facebook is also using streaming technology to create cloud-playable ads. Stream actual games as ads instead of bad in-app ads you get in games on mobile. It represents absolutely no representation of the game they would like you to download.

Someone will ask: Why stream a free-to-play mobile game to the phone via the Facebook Gaming app instead of just download the app? But this will perfect feature for people who have older phones or don’t have a lot of storage space.