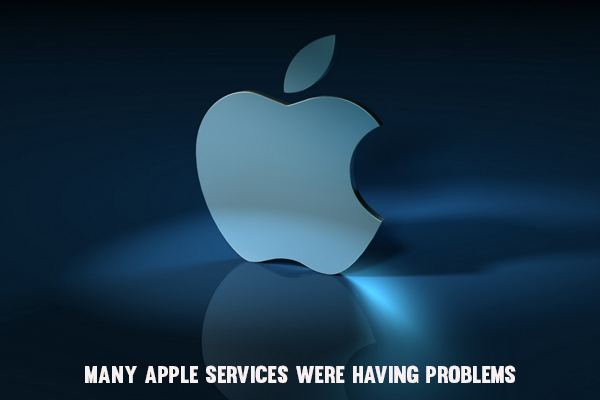 Many Apple services were hit by outages. These including App Store, Apple Music, Apple TV Plus, iCloud, Photos and more, according to Apple’s system status page.

However, Apple’s status page says that 25 outages were resolved today. Here are some of the services that were affected.

Apple isn’t the only company to experience services outages lately. Similarly, many Microsoft services were affected by outage on Monday.

In addition, for a majority of the affected services, Apple vaguely said that “some users were affected”. Though for AppleCare in iOS and Apple School Manager, Apple said “all users were affected.” Apple hasn’t replied to a request for comment.

Related: China continues to tighten its grip over the Apple Services

Apple began contacting developers who offer RSS news reader apps. They inform that their apps will no longer be available in the China App Store. In other words, this is the latest move from China to crack down on the App Store and get tighter control over.

With the recent tension between the United States government and China over TikTok and WeChat, another report suggests that Chinese regulation over the China App Store could continue to get even more strict.

Before that in August, Apple complied with orders from the Chinese government and removed over 26,000 games from the App Store in a single day.

OPPO ANNOUNCED THE LAUNCH OF ITS LATEST RENO 4 PRO SERIES

One thought on “Many Apple Services Were Having Problems Tuesday Night, 29 September”