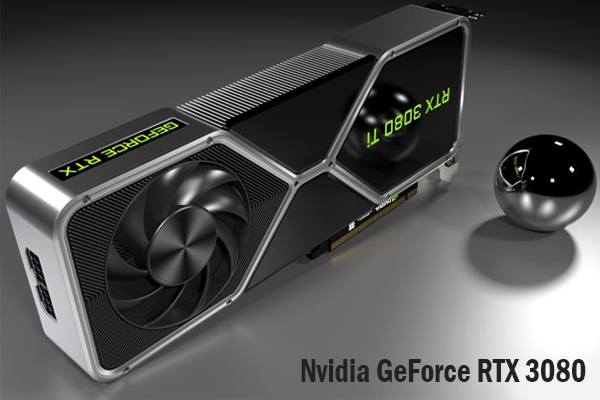 You can get your hands on Nvidia GeForce RTX 3080 graphics card, a GPU that finally powers 4K 60fps gaming or better for $699.

Nvidia promises that it and its big brother, the RTX 3090, will usher in a new era of game performance the likes of which we have never seen.

The RTX 3080 packs an impressive spec-sheet. It having up to 30% more performance than the current king of GPUs, the 2080 Ti, and up to double the performance of the RTX 2080. GDDR6X is the latest and fastest video RAM available today with a maximum bandwidth of 19 Gbps. It is a substantial bump from Turing’s 14 Gbps.

With Ampere, CUDA core count doesn’t scale 1:1 with performance, as roughly half of those cores can shift between FP32 shader cores and INT32 integer cores depending on what’s needed at the time. So while it’s safe to expect improved performance, every game won’t suddenly run twice as fast.

For now, Nvidia is decisively redefining high-end performance — and they’re doing it at better launch pricing this time around. The Nvidia GeForce RTX 3080 Founders Edition is available direct from Nvidia with an MSRP of $699.

PSA: Tomorrow 6AM PT, we will be releasing the @NVIDIAGeForce RTX 3080 video cards. They are in HIGH demand so be ready to purchase as they will be flying off our digital shelves. Spread the word.

Amazon, Best Buy, and Newegg all have dedicated landing pages that list all the cards they plan to sell. Online retailer Newegg has tweeted that it will be selling Nvidia GeForce RTX 3080 cards from 6am September 17th. And an Nvidia community manager said the same. So that seems like a pretty safe bet.

Poco Launched A Trimmed Down Version Of Poco M2 Pro