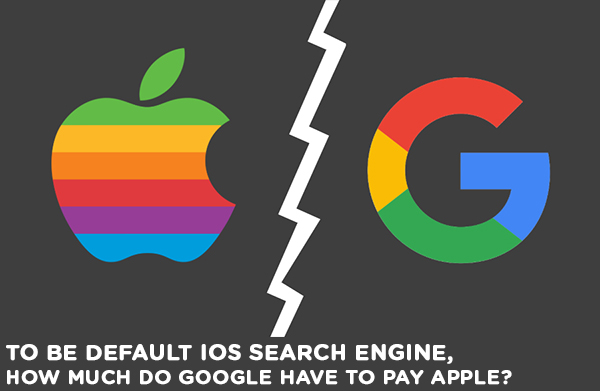 A lucrative deal between Apple and Google is in the United States Justice Department’s target. The deal itself is as part of one of the U.S. Government’s largest antitrust cases, reports The New York Times.

On Tuesday, the Justice Department filed an antitrust lawsuit against Google. Claiming that the Mountain View-based company used anticompetitive and exclusionary practices in the search and advertising markets to maintain an unlawful monopoly.

In a 2017 agreement, Apple updated on its devices to keep Google’s search engine as the preselected option. The New York Times reports that Google pays Apple estimated 8 to 12 billion dollars per year in exchange for making its search engine as default on Apple devices and services. This might be the single Google’s biggest payment that it makes to anyone. And to Apple, it accounts for 14 to 21 percent of itss annual profits.

The deal from Apple and Google is claimed that is representative of illegal tactics used to protect Google’s monopoly and stifle competition. According to the Justice Department, the traffic comes from Apple devices takes almost one half of Google’s search traffic; and the prospect of losing the agreement has been described as “terrifying” and a “code red” scenario within the company. Due to Google’s system of ads, search traffic is integral to its business model.

Apple is likewise coming under fire for facilitating anticompetitive behavior by acquiescing to the deal and extracting more money with regular renegotiations. Although the two companies are competitors in Silicon Valley; the agreement is to be part of “an unlikely union of rivals.”

The legal intervention poses a damage to a significant chunk of Apple’s revenue. But for Google, it is a bigger danger. Google seemingly have no way to replace the traffic it would lose. And may be, Apple will acquire or build its own search engine, which could in turn pose an even greater threat to Google.

One thought on “To be Default iOS Search Engine, How Much Do Google Have To Pay Apple?”