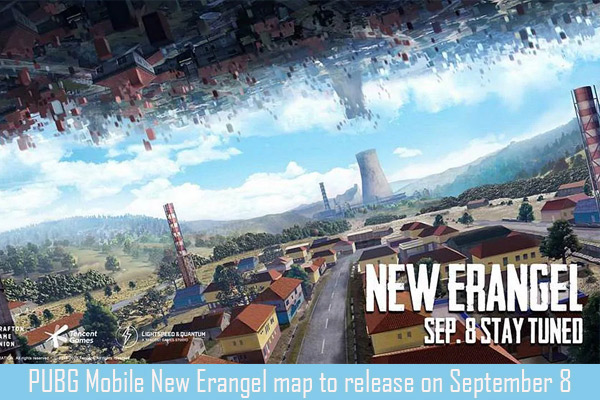 PUBG Mobile confirm via a tweet that PUBG Mobile New Erangel map to release on September 8. It is the surprise the developers had promised.

Above all, the new Erangel map has lots of changes and improvement, like new design elements, a new weapon and better graphics overall. New Erangel map will not be a completely new map. But instead a revamped version of the classic Erangel map that most PUBG Mobile players are familiar with. It in a similar fashion to the Mad Miramar map.

New Erangel arrives on September 8th – share your screenshots and clips from the current Erangel & your favorite memories to enter our Dawn of a New Era competition!

Full rules and how to join the competition here 👉 https://t.co/xO4ttbvFlj pic.twitter.com/jHjPORbP5w

The new update is part of PUBG Mobile’s The Dawn of a New Era event. Where they want players to show their favourite memories over the past two years on Erangel. In this event, players will have a chance to win 30,000 UC (PUBG’s in-game currency).

The event will require players to share screenshots and lips from the current Erangel map. There will be three categories, which will include favourite Chicken Dinner memory, favourite screenshot on Erangel and favourite Erangel video clip. The developers will then choose three winners from each of these categories and distribute the reward to them.

Therefore, the first-place winners will get $100 UC and have their clips or images showcased on the official PUBG Twitter handle. The second and third place winners will receive an award of $50 UC and $25 UC, respectively. 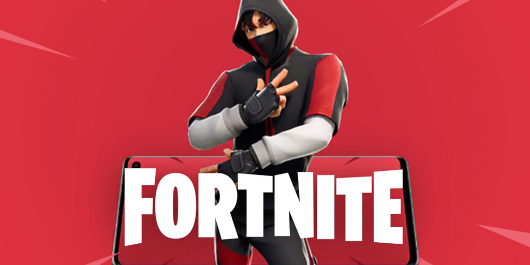 Apple said in a statement on the issue, “Epic enabled a feature in its app which was not reviewed or approved by Apple, and they did so with the express intent of violating the App Store guidelines regarding in-app payments that apply to every developer who sells digital goods or services.”

“The open Android ecosystem lets developers distribute apps through multiple app stores. For game developers who choose to use the Play Store, we have consistent policies that are fair to developers and keep the store safe for users,” Google said in a statement.

Can I still play Fortnite on mobile devices?

Yes, you can play Fortnite if you have it installed on your device, but only if your version of the game was updated to the latest version. This is the 13.40 update, which Epic Games names in its official FAQ regarding the situation.

If you had already downloaded Fortnite previously, you should have “no issues” playing – that is, until Chapter 2 – Season 4 begins. You’ll be able to play the 13.40 version, but you won’t get to try any new content or purchase a new Battle Pass. You can play, but your ability to get to additional content will be neutered for the time being.

If you were not already on the updated version, your mobile game may not work on either iOS or Android.

The concept of the game is similar to previous games of the genre: 100 players skydive onto an island and scavenge for gear to defend themselves from other players. Players can fight alone (Solo), with one additional player (Duos), or with a group of up to three others (Squads). As the match progresses, the playable area within the island gradually constricts, giving the players less and less room to work with. The last player or team alive wins the match.

Epic Games’ Fortnite had millions of regular gamers. If you are looking for battle royale alternatives of the Fortnite game, these five titles may interest you.

You can play Rules of Survival solo, duo, squad (four players), and fireteam (five players). Similar to PUBG, there is a waiting area and the players get dropped on the map via an airplane. There are two maps in the game – Ghillie Island and Fearless Fiord. One feature that stands out in the game that the ‘Fearless Fiord’ can have as many as 300 players which makes it pretty rare in battle royale games. If you are into casual gaming with friends.

Rules of survival has over 50 million downloads and a 3.9 rating on Android and takes up 3GB of space on the storage. On iOS it has a 4.5 rating and takes 2.5GB of space.

In this game, you can play solo, duo, or four-players squad. There are two modes – Classic Mode and Six Forces Blitz. There are plenty of options for movements of players like manic velocity, climbing on any vertical surface including walls, using drones for gliding down, and others. This game has a more sci-fi approach, unlike most battle royale games. Instead of the parachute, the player lands on a hoverboard. The vehicles in the game are different as well. You’ll come across supercars just lying around or an advanced version of jetski to navigate the waters instead of swimming. Also, the graphics look good for a low-end game.

It has over 10 million downloads and a four-star rating on Google Play Store whereas a 4.5 rating on Apple App Store. It takes 2.2GB and 3.5GB of space in your smartphone’s storage on Android and iOS smartphones respectively.

Call of Duty is one of the oldest franchises in the FPS games genre. Most 90s kids who liked this genre grew up playing Call of Duty. In the mobile version of the game, similar to PUBG Mobile and Fortnite, up to 100 players jump on to a familiar battlefield with identifiable guns and characters. The graphics are one of the strongest points of this game. You feel more control over the game because of its fine-tuned physics.

The battle royale game by Activision has a 4.8 rating on Apple App Store and takes up 1.9 GB of space. On the other hand, it has over 100 million downloads on Google Play Store with a 4.5 rating. It takes 1.5GB of space on Android smartphones.

There is no doubt that PUBG Mobile is one of the top FPS games in the world. There were other games that had battle royale modes but not game did it better than PUBG when it was all the rage. It forced gaming franchises to launch their smartphone version in order to compete with PUBG. Despite the controversies surrounding the game, PUBG keeps treating the gamers with new maps to keep them engaged in the game. Recently, it launched the 90FPS mode on a few OnePlus devices as well.

Tencent Games’ PUBG has a 4.4 rating on Apple App Store and takes 2.4GB of space on iOS devices. It has over 100 million downloads on Google Play Store with a 4.1 rating. The game takes 1.9GB of storage on an Android smartphone.

In this game, you get dropped into the map from a chopper on a deserted island but instead of a parachute, you glide to the ground using a wingsuit. A maximum of 100 players can be a part of a single match. The gameplay of Knives Out is closer to PUBG. It is a fast-paced game with relatively small maps which results in a high body count.

It takes 2.8GB of space on iOS and has a rating of 4 on the Apple App Store. Knives Out has over 10 million downloads with a rating of 3.4 on Play Store.